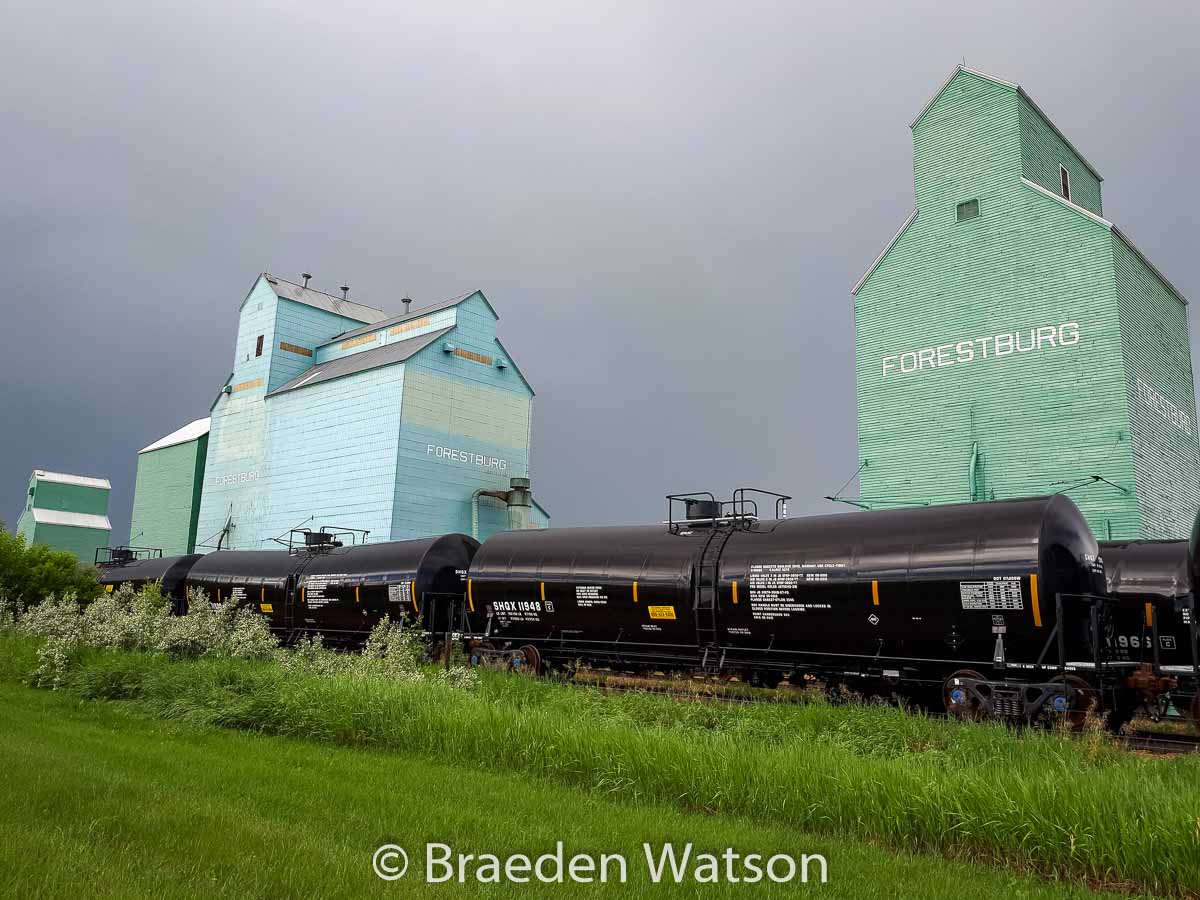 The town of Forestburg, Alberta has three grain elevators remaining. All were owned by the Alberta Wheat Pool at some point. More details here.

Forestburg is served by the Battle River Railway, a short line railway.

There was a farm elevator southwest of Forestburg. According to Bill Jex, this elevator was built in 1916 in Forestburg by Alberta Pacific, and moved to this location along highway 855 in 1973. It appears to have been demolished sometime between 2013 and 2018.

Back to Alberta grain elevators