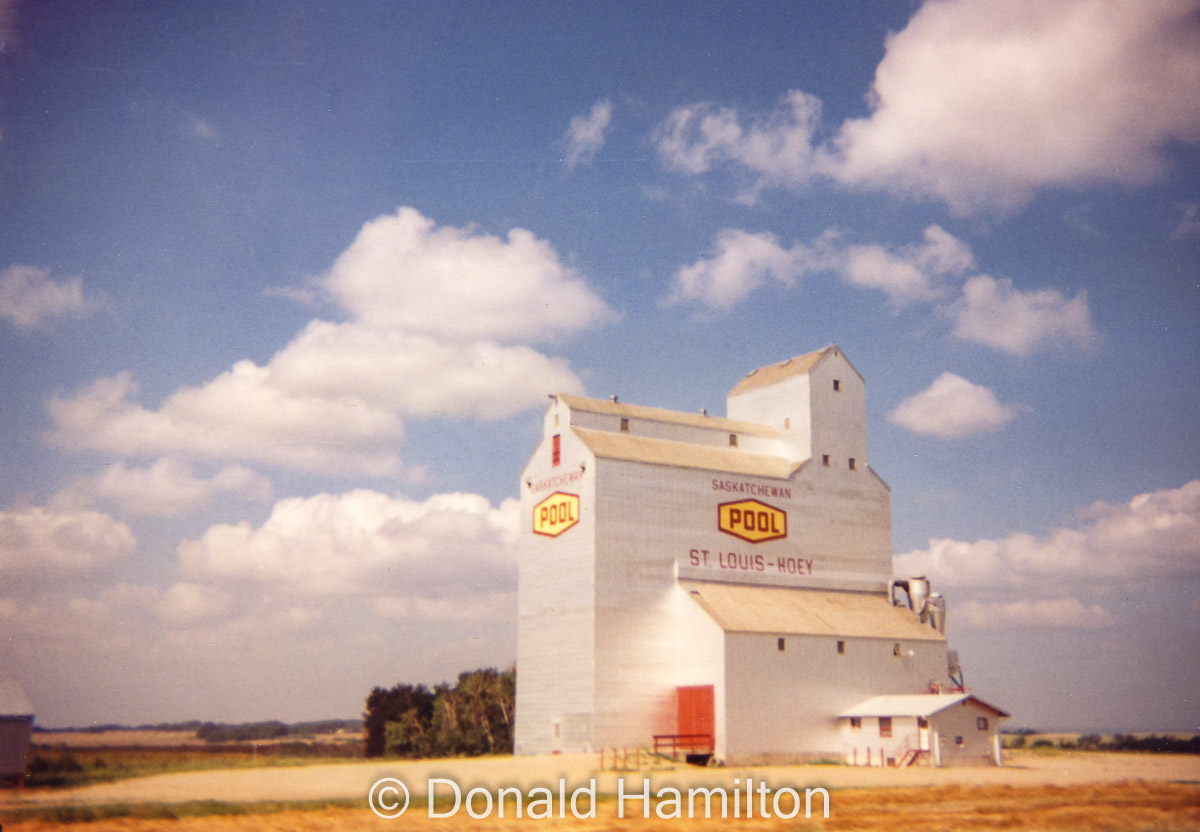 Donald Bloomfield Hamilton took many photographs of grain elevators in the late 1980s and early 1990s. He photographed extensively in Manitoba and also ventured into Saskatchewan and Alberta.

Some examples of Donald’s photos are: