The grain elevator at Quadra, Manitoba (near Arrow River) is a concrete ex Manitoba Pool elevator, built in 1980. It has a capacity of 5,450 tonnes and is now privately owned and sits on the CN Rivers subdivision.

There was a wooden Manitoba Pool elevator between the concrete elevator and the Quonset building, as seen in the Bill Hooper photo below. That elevator was moved to Quadra from Kenton and served as an annex for several years before it was demolished. 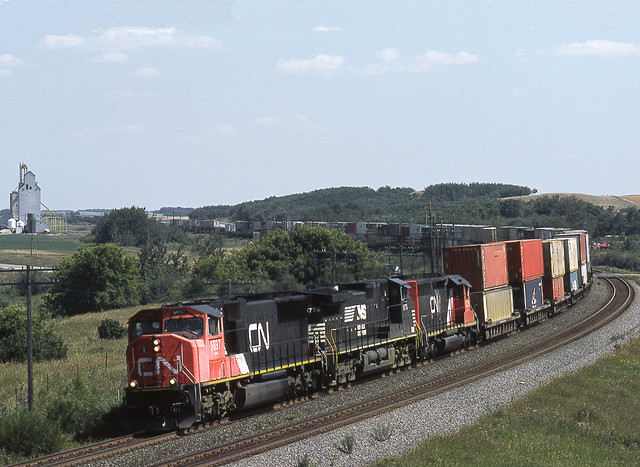 Back to Manitoba grain elevators