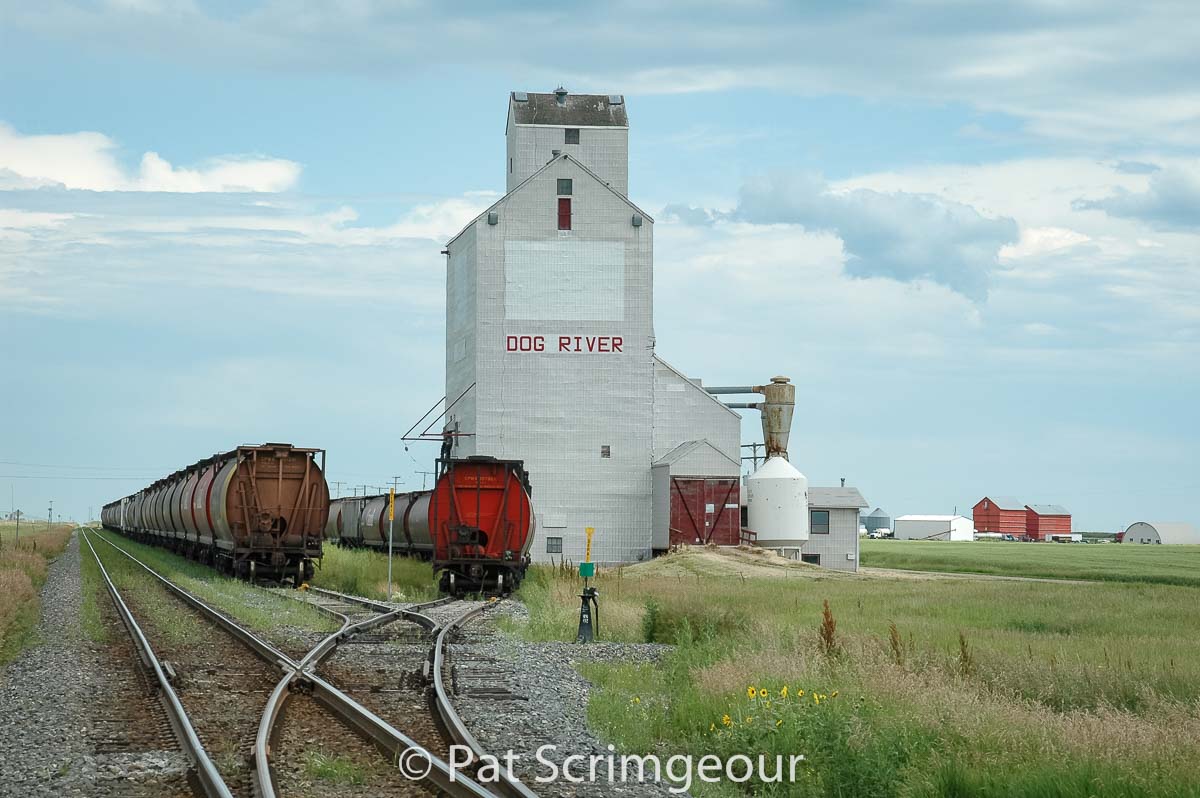 Regrettably, fire has claimed the last grain elevator in Rouleau, Saskatchewan. This ex Saskatchewan Wheat Pool elevator was made famous by the Corner Gas TV series, and it was relabeled as “Dog River” for the show.

The CBC reported that fire crews were called between 2 and 3 AM on November 5, 2021to the fire. By then it was fully involved and the fire crews worked to keep the fire from spreading.

Photos show the elevator was completely destroyed, with only a few pieces of scorched equipment remaining. Rail cars in the adjacent siding were scorched.

The elevator was built in 1973 and sold to a local farmer in the mid 1990s. It was used for storing grain for a while but had been dormant for the past few years.